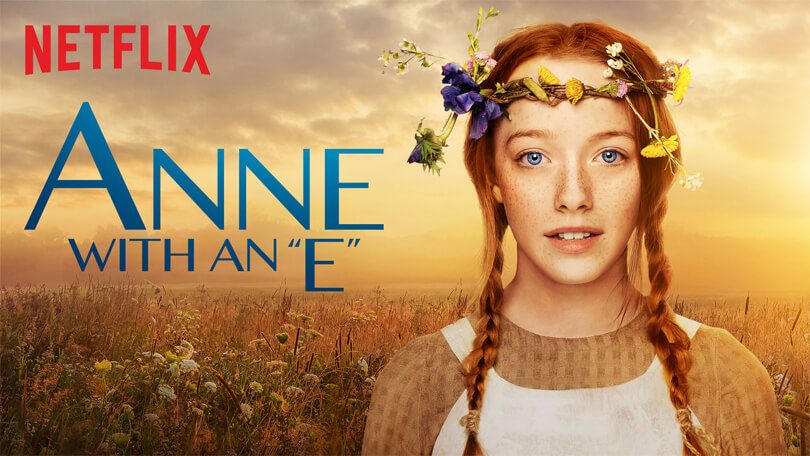 As I started to watch the first episode, I couldn’t help but remember with fondness the 1980’s version of ‘Anne of Green Gables’ and what I thought were the definitive Anne (Megan Follows), Marilla (Colleen Dewhurst) and Matthew (Richard Farnsworth).  My finger was hovering over the stop button through the first part of the first episode when the new cast didn’t step back 33 years and recreate this show from my childhood.

I’m so glad I didn’t turn away from this.  I have to say, by the end of this first episode I was in tears and as I was watching it on the train, I felt a little self-conscious.

The spirit of all the characters I loved is still there but the creators of this show have developed them for the modern age.  Huge liberties are taken with the story; though comfortingly familiar elements remain such as Anne getting her friend Diana drunk, dyeing her red hair green and the croup incident. There are at first what seems to be some very anachronistic takes on race, gender and sexuality for a show set over a century ago though on reflection, as previous shows set in this time period depict people in a certain way it demonstrates that portrayals are often based on the time they are made in and not of the time they are reflecting.

I applaud this show for not going down the cutesy line it could have done but instead they tackle some uncomfortable themes.  Set in the early 1900s, it would be unrealistic to think an orphan child would have had the happiest of starts in life – there are hints at a very dark past for Anne but I think that only makes it so much more impactful when she finally finds two people to love her and who she can love back.

While all credit goes to our new Anne (Amybeth McNulty) who carries this show perfectly, I have developed a new found love for Geraldine James as Marilla.  Her portrayal of a repressed middle aged spinster who very slowly comes alive with the love of the new addition to her family is stunning. Her depiction of heartbreak, longing and ultimately love and joy is beautifully acted.

This show isn’t about reliving the past, it’s about embracing the future.  As the title song says, ‘we’re ahead by a century’.

Welsh librarian, working in London and living in Brighton. View all posts by dorothysdog

This site uses Akismet to reduce spam. Learn how your comment data is processed.